Experience the haunting world of Ourea from the beginning as Kara Magari uncovers a secret door in the middle of the forest—a portal that transports her to Ourea, the hidden world full of terrifying things. This epic series challenges traditional notions of good and evil, pits monsters against each other, unravels the secrets of magic, and showcases the power buried within us all. From betrayal to seduction, romance to murder—the Grimoire Saga has something for everyone.

A single choice can change your life forever…

When Kara Magari uncovers an ancient book of dark and deadly magic, she realizes she’s the only one who can read its enchanted pages… and overnight, she becomes the most coveted magical creature in not just one, but two worlds.

Now hunted by every living creature under the sun, she discovers a new world full of beautiful and terrifying things: Ourea. Out here, everyone wants something from her, and there’s no one she can trust.

Kings and queens are drawn to her, assassins and demons seek her out, but it’s the charming soldier with a protective streak and a dark secret that may just be her undoing.

Before this is over, Kara will have to make the ultimate choice… either she surrenders to this dangerous book of magic, heart and soul, or it will be the death of her.

Welcome to Ourea, where only the cunning survive.

Kara Magari ignited a war when she stumbled into Ourea and found the Grimoire: a powerful artifact filled with secrets. To protect the only family she has left, she strikes a deal that compromises everything she believes in… but things don’t go as planned.

To survive this world of death and darkness, Kara can’t just overcome the evil knocking at her door… she must become it.

Welcome to Ourea, where only the cunning survive. 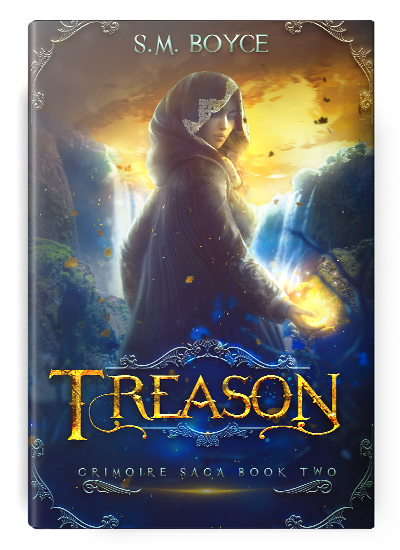 Kara Magari is so much more than she knows.

She isn’t normal, even by Ourea’s standards—and in a world of shape-shifters and soul stealers, that’s saying something. To the royalty, she’s a loose cannon. To the masses, she’s a failure. But Kara doesn’t have a home to go back to anymore. This war-torn world is all she has left, and she’ll save it even if she dies trying.

An ancient isen takes an interest in Kara’s training, and it turns out he has more answers than he originally led her to believe. In an effort to unearth a secret that might end the bloodshed, Kara instead discovers an ugly truth about her family—and how much she has in common with the most prolific murderer in Ourean history.

The final chapter in the war for Ourea ends with blood.

Kara Magari is an icon. A hero. The people love her. The royalty tolerates her. She has everything: an army, allies, and a close circle of chosen family. They all believe she will end the war, and they shouldn’t. She’s as scared as they are. She just can’t show it.

The bloodshed can only end with a final battle that will either save or enslave her people. Her armies are ready. Her strategy is foolproof. Her generals are waiting for the order to attack. It’s only in the final seconds before the battle begins that she realizes she missed one crucial detail…

Before Stone trained Kara Magari or taught the First Vagabond to master the Blood loyalty, he was nothing more than a slave boy named Terric.

Terric is a curious loner hellbent on reading his master’s forbidden books. When one heist goes wrong, Terric abandons his old life and runs for freedom—only to fall prey to a ruthless man named Niccoli.

Niccoli is an isen—a creature of magic from the hidden world of Ourea—and he awakens within Terric an unimaginable gift. But this gift comes with a catch. Suddenly in control of newfound power he is forbidden to freely use, Terric realizes too late he simply traded one master for another.

In Ourea, a world dominated by the gifted, few isen dare defy their masters. Until now. 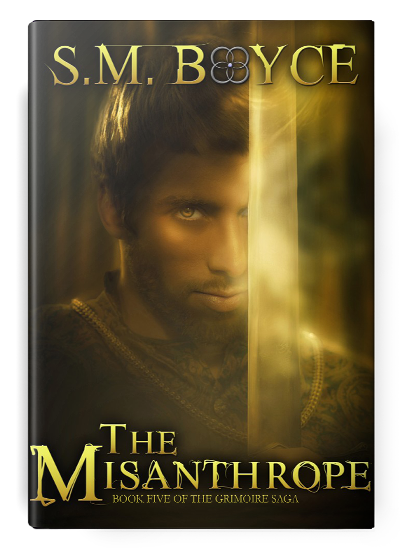 The First Vagabond: Rise of a Hero

Unlock the dark beginnings of Ourea’s most famous political players in this Grimoire Saga origins series.

Ourean legends of the First Vagabond have survived a thousand years, blossoming in pubs and alleys even as the great Bloods of Ourea tried to squelch his name. But the myths glorify the deeds and forget the man he was—Cedric, a boy from a small Hillsidian farming village.

As a young man, Cedric discovers a terrifying defect in his nature. He has no blood loyalty, which means he can defy his king—something that has never happened in recorded history. But what begins as a flaw evolves into a strength. Citizens begin to listen to Cedric, and he discovers that if he leads, others will follow.

He’s a wanted man. A traitor. And as Cedric begins to embrace the title he’s been given—the Vagabond, the only man alive with no master—he ignites a revolution. After all, no one has defied a Blood and lived to tell the tale. No one, that is, but Cedric.

The First Vagabond: Fall of a Legend 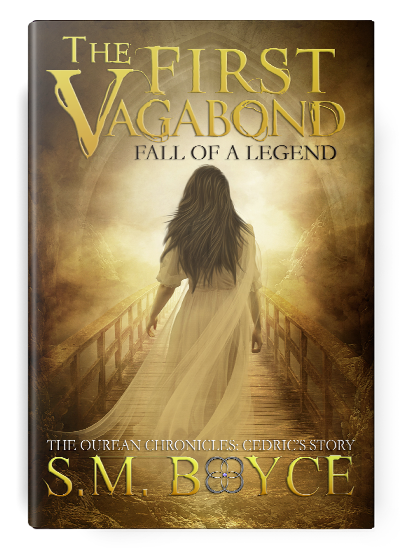